Suriname, a Caribbean Gem for Ecotourism 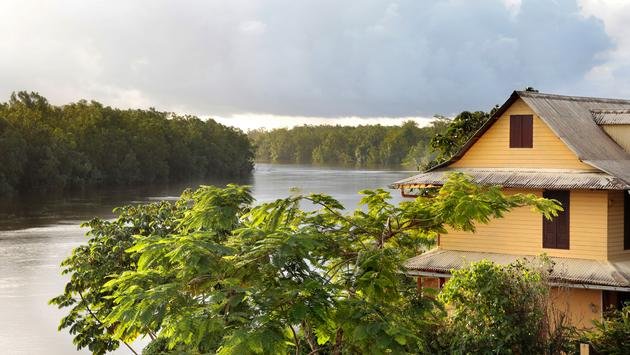 Suriname is a small South American country, located in the Caribbean, rich in biodiversity and culture, that is little visited by tourists. It has countless places that travelers can enjoy with different plans, either as a couple or family.

The capital city of Paramaribo is a historic site full of Dutch-style colonial buildings surrounded by lush vegetation where the traveler enjoys stunning biodiversity, as well as shopping centers and restaurants offering local, international, and fusion recipes.

In the country, you can find beaches, rainforests, fabulous rivers, tropical forests, and a lot of fauna, such as the jaguar, tapir, giant armadillo, giant otter, and a variety of primates, in addition to more than 400 species of birds, such as eagles and macaws, among many others.

One of the places that no nature lover can miss is the Nature Reserve of Central Suriname, a tropical forest where important rivers such as Coppename, Great River, Lucie, Post, Zuid, and Saramaccz are located. This area is home to approximately 5,000 plant species, in addition to the animals described above.

Another incredible place to visit is the Brownsberg Natural Park, a protected area located in the district of Brokopondo where visitors can find animal species such as the three-fingered sloth, various types of monkeys, and countless birds, among many other animals. The river can be kayaked and enjoy the local waterfalls, as well as several trails that cross the forest. One of the great attractions of this site for visitors is camping and spending the night on the Mazaroni plateau.

Suriname also has savannahs, and one of the most important is the Tafelberg Nature Reserve. Mount Tafelberg is a plateau with vertical walls and relatively flat peaks. This extraordinary place is inhabited by a large number of animal species endemic to the area. For those who like flora, Tafelberg has more than 6,000 different species.

To get an up-close look at Suriname's great culture, visitors must go to the Het Koto Museum, which features a large display of traditional clothing worn by the country's women since 1860. There is also a collection of utensils and old irons and sewing machines that women used to work with in the past.

For the latest travel news, updates and deals, be sure to subscribe to the daily TravelPulse newsletter.

Safest Destinations to Book for a Mexico Vacation

Why Martinique Is the Ultimate Destination for Nature Lovers

What’s New in The Bahamas for Travelers This Holiday Season

Get to Know Mexico’s Magic Towns

The Top Sites for Thrill Seekers in Mexico

Festive Cities To Celebrate the Holidays in Mexico

â€˜The metaverse will be our slow death!â€™ Is Facebook losing its $100bn gamble on virtual reality?

What does the Lensa AI app do with my self portraits and why has it gone viral?